Fighting Parenting Anxiety and Learning to Back Off and Observe 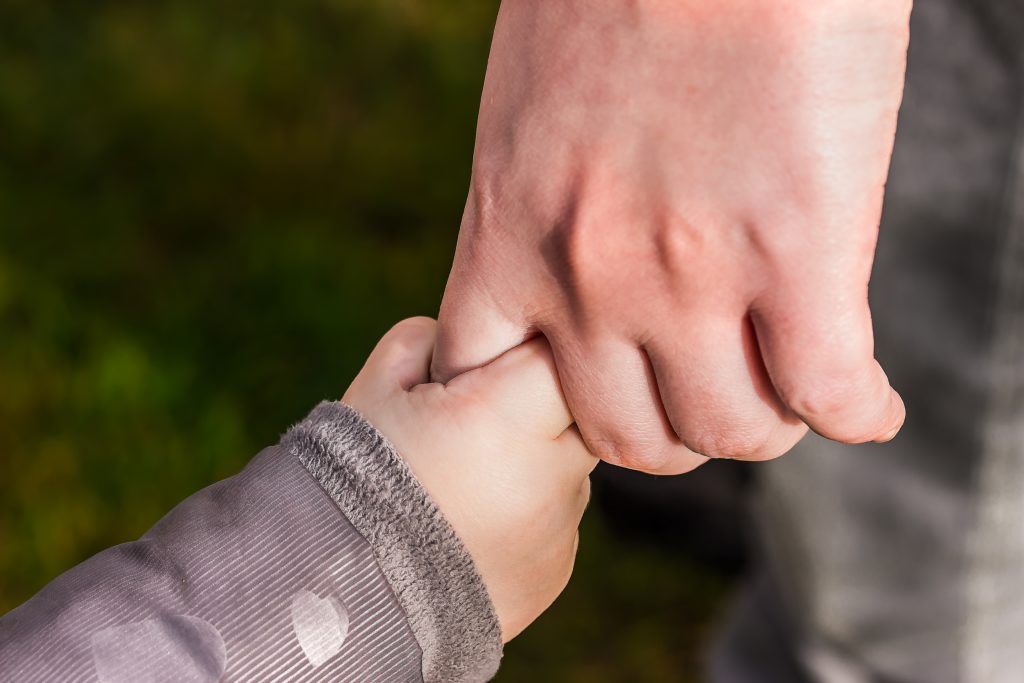 When I was younger, I always wanted a twin sister. I didn’t actually realize this was an impossibility until I was maybe 7 or 8. And even then, this realization didn’t stop me from desiring it so, so badly.

I was always a nervous, anxious kid. I didn’t have anxiety in the way that it prevented me from living life, but I was (and still am) intensely worried for all new experiences. On the eve of the first day of school (every single year through college), I would lie awake in my bed all night long with big, bold butterflies thrashing in my belly. I would make myself so sick with worry that sometimes I would even throw up. I would always think to myself, “If only I had a twin, then I wouldn’t have to do this alone; I’d have someone to walk into school with each day, and face every new experience with. Twins are so lucky.” (Little did I know that one day, many, many years later, I would give birth to twins of my own…)

To this day I still can’t pinpoint what, exactly, about the first day of school (every. single. year!) made me so anxious. I am sure, in part, it was that it was something new and different — new year, friends, teachers, locker, routine, etc. — and that it was a change from the lazy summer routine I’d grown accustomed to. I’ve never been a big fan of change.

I am fairly certain I started projecting my own fears and anxieties onto my oldest the day she was born. I was constantly watching her and checking for any possible cues of her own anxiety. I wanted so badly to protect her from the discomfort and thrashing butterflies that assuage me. I assumed that she would despise a change in her routine as much as I did and do. I assumed that she didn’t want people she didn’t know within a 5-foot radius of her. I assumed that she was as sensitive to sleep (and lack thereof) as I was.

I helicoptered the you-know-what out of that baby girl, because I was anxious myself, because it helped quell my own anxieties (or so I thought … really, it made them worse), and because I knew I was her advocate, and since she couldn’t speak up or do for herself, it was my sole job to do it for her.

As the years went on, my constant helicopter-ing and advocating became exhausting (and unhealthy). It wasn’t until her little (or rather, big) personality started to shine through that I realized she was really nothing like me. She craved new experiences and challenges. She actually liked meeting and interacting with new and different people. And she scoffed at sleep, likely adopting the same expression often uttered by her dad: “I’ll sleep when I’m dead.”

Shoot. Well what was I supposed to do with that?

And so I backed off, slightly. As much as I could. It took me quite a while, but I finally realized how much of myself I had been projecting onto her, and that she was far more resilient and capable than I ever gave her credit for.

While I still hold the role of her advocate in the highest of reverence — this is my most important and esteemed job — I now understand the importance of letting her evolve naturally into the person she is meant to be, and giving her the room and space to grow.

The twins are almost 16-months, and I’m doing my very best to do the same with them. As they’ve shown me since day one in this world — and truly from their time in the womb — they are exceptionally different people with their own unique and distinctive personalities. Though it is hard at times and will definitely always be a work in progress, I am doing my best NOT to project my own thoughts, feelings, worries, etc. onto them. My new parenting goal is to step in when needed, and of course to protect and stand up for each of my kids fiercely (which I will do until the end of my days), but to let them also learn to do these things for themselves, and not to assume they constantly need (or want) me hovering over them.

I want to raise competent and confident kids, and as I’m starting to understand, letting them learn and speak their own needs, stand up for themselves, and make mistakes are important ways to facilitate this. And so I will work harder not to project my “stuff” onto my kids; I can worry about them, but not FOR them. I do not need to work myself into a tizzy, becoming frantic about things I think they may feel anxious or sad about, when I have no idea, if in fact, these are even their realities. (Cue my deep breath.)

And though I never got that twin I secretly wished for all those years, I get the even bigger and better pleasure now of watching my own — and their big sister — develop and grow and become exactly who they are supposed to be. And so, with just a hint (or, more likely, a wallop) of worry, I will do my best to sit back and observe.

PrevPreviousParenting a Strong and Powerful Spirit
NextWhen The Bug StrikesNext